Getting older is a natural part of life, but getting old is all in the mind. Those two things are not the same, by the way: getting older and getting old. The former means the physical age your body gets to as the years go by. The latter refers to your behaviors and beliefs as you age. Many people believe as they get older, they must start slowing down, or accepting certain limitations – that fitness over 40 is difficult or impossible. They believe they can’t run as far, or lift as much, and it’s those beliefs become reality, even when, for the average person, nothing could be further from the truth. Fitness over 40 and getting older means being wiser, being smarter, being more experienced, and not making the life mistakes or foolish decisions that younger folks make. And these advantages do not come with the disadvantages you might think! You can still exercise, still lose weight, and still get in shape – even over 40! Nothing’s stopping you except, well, you!

The human body does not change the way it works in regards to exercise and fitness over 40. There’s no rule or law that says you suddenly can’t, or will never get rid of that beer belly or that you can’t get fit at 40, or that it’s too late to run in a marathon. These days, marathons are held for people over 60! And contrary to what you want to believe (so you can resign yourself to self-defeating excuses), many of those people haven’t been marathon runners their entire lives. Some began training when they were 50, possibly because a doctor warned them of an early grave, and just 10 years later, they’re running in a marathon.

Fitness Over 40 Is Important For Your Health

Exercise to achieve fitness over 40 works the same way as it works for everyone else. While your potential does not change, and the chance to get the body you always dreamed of does not change, the rules for getting there unfortunately do not change either. You still have to eat right, be consistent, and train regularly. Just like a 20 year old, you will still need to find a particular method of exercise, and stick to it 3 to 4 times per week in order to achieve fitness over 40. This can be running, biking, yoga, weight lifting – you name it.

The method of exercise you pick for you to achieve fitness over 40 is up to you, and each has their pros and cons, but to sum up every form of exercise: the one you practice will make you better at the one you practice. This means practicing yoga will make you a better at yoga. Running track will make you better at running track. I know this sounds brain-numbingly redundant, but there’s a very important lesson behind this seemingly rhetorical point. Who’s in better shape: a marathon runner, or a power lifter? The answer is neither! They are both in shape, but a runner is better at running, and a lifter is better at lifting. There is no point comparing apples and oranges, because apples are not oranges. Runners are not lifters. Depending on how hard they train, and how dedicated they are, both will lose belly fat, put on muscle, and get in great shape!

We can take fitness over 40 one step further and say that you do not, in any way, shape, or form, need to show preference to a “safer” path like yoga, for a silly reason like “running is dangerous for your joints”. If it were bad for your joints, how did our ancestors survive? Did they all take chariots every single place they went because running is dangerous? Are human beings simply not supposed to run? Why do we have knees in the first place then? The actual fact is that proper running is not dangerous at all. It’s not harmful to your knees either, not even if you do it on concrete, or paved road. What’s bad for your knees is improper running technique. Because most of us sit at a desk and don’t move for hours on end, day after day, week after week, and hardly ever run, we actually forget ‘how’ to run! This is why running coaches exist. There is a certain technique to running; for example, your foot needs to hit the ground in a certain way, and there’s a particular way to bring your knee up and then back without over engaging your quadriceps. Running is never dangerous, but improper running is – especially in your quest for fitness over 40.

Running with bad technique is just as dangerous for an 18 year old as it is for a 40 year old. The difference between them is that the 18 year old is probably more physically active, and thus tend to be in better shape, whereas the 40 year old who holds an office job and is more likely to be sedentary. When they both go for a jog, is it any wonder that the 40 year old ends up with knee problems? Of course it’s not from running, it’s from improper technique or lack of conditioning. All these same things are true when we talk about weight lifting, or any other form of exercise: they are not dangerous for anyone over 40, over 50, or over 60. Improper technique, however, is dangerous for everyone.

Another important fitness at 40 point to remember is the need to start off at an appropriate intensity level. Let’s say you want to try yoga – and you’re not completely insane. You should start off slow, take a beginners class, and learn the proper techniques with a very low intensity level before you try anything advanced. And guess what – that exact same thing is true for every method of exercise! You don’t go into a gym and immediately try lifting the heaviest weight you can find on your very first day. It’s perfectly fine for a person over 40 to practice dead lifts, squats, and bench presses, so long as you don’t load up the bar with too much weight, too early on. Start off light and easy, learn the proper form, and work your way up gradually. And once again, that’s true for everyone, over 40 and less than 40.

Hopefully you can see now that there is no special “Fitness over 40“ requirements. Fitness works the same way over 40 as it does for someone in their 20s. So if you happen to be over 40, stop being worried that it’s too late to start exercising and get in shape. Get out there and make it happen today!

Fitness over 40 is within your grasp. No excuses. But remember to check with your doctor before you begin ANY exercise program.

Interval Running and Its Benefits 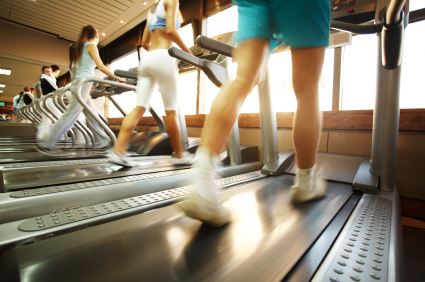 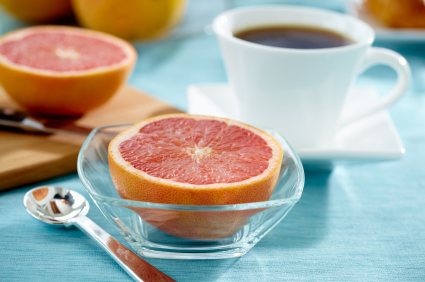